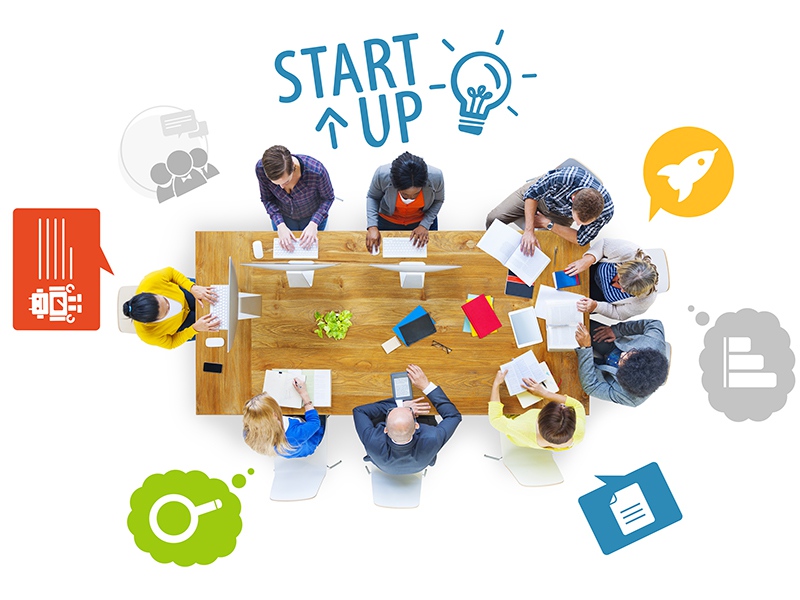 In 2017, the cryptocurrency market cap reached the point the analytics couldn’t even imagine several years ago: in the beginning of August, it was estimated at $116.9 bn. The significant amount of money refers to bitcoin and ethereum that take a leading place in capitalization.

By the way, other more than 900 cryptocurrencies together are estimated at even a much bigger amount of money. Among developing virtual currencies, there exist tokens of successful ICO. They are owned by blockchain startups and other young projects both in IT and non-related spheres that in 2017 conducted a crowdsale and continue developing and introducing a product. Their growth is due to the promotion on the market.

Our review includes blockchain startups in 2017: what was the target of successful investors and which modern technologies and services can rocket?

‘Quick loans’ is one of the most popular startup ideas that Suretly has already tested. It allows to obtain cryptocurrency for surety service or find a surety for oneself. The development works will be launched in August after all necessary money is collected.

Everex startup has also become interested in this idea: the team is releasing an app to make quick loans only with a smartphone as well as pay for different services.

GrazyBet is a MMORPG platform with the help of which you will be able to place a bet on any game event from a duel to a raid. Besides, the crowdsale of this project was closed on August 10. SkinCoin and Neverdie are also offered for online game users. The flavor is Decentraland, a project to stimulate a real world being an opponent of popular online games.

Those who sell picks earn the biggest quantity of gold even if it is digital. Among related to mining blockchain startups in 2017, Cryptonomos (a cloud mining platform) and GigaWatt should be noticed.

One of the most famous projects of the year in some way connected to cryptocurrency mining is SONM, a supercomputer with huge computation power designed especially for mining.

DDF is a fund for cryptocurrency investments and domain names purchase named Internet real estate by its developers. Another young project, a closed fund aimed at investments in solar energy based technology solutions is SolarDAO. One more closed fund is TargetCoin although its investment patterns are not specified.

In 2017, new startups related to cryptocurrency purchase, trade and exchange have also appeared. For example, a Ukrainian exchange Kuna that conducted a cryptocurrency initial sale and second sale. In the beginning of August, Brickblock ICO took place, which enabled cryptocurrency investments in real estate.

Digipulse developers have put forward an idea of a project with the help of which one can pass cryptocurrency assets to heritors.

Like in past several years, blockchain enthusiasts have made a few attempts in order to develop a blockchain legal service. One of the most successful ones is Agrello (allows to draw a contract in a usual legal language, the platform will code it and control its observation).

In 2017, blockchain startups more and more involve different aspects of the society apart from IT, FinTech and the Internet. There appear services that track products delivery and freshness such as Walmart; programs to register jewelry (Everledger: brilliants origin and the information about its owners); programs for inventory of medications that can be used as drugs (Paragon) and much more. This tendency will only be picking up taking into account developments in the blockchain information transmission via satellite, which in case of success would significantly expand the geography and application of the technology.

Review created based on the digests of Forklog.com.