Smart contracts: advantages, disadvantages and ways to correct them to be revealed by Petr Belousov, founder of Confideal startup 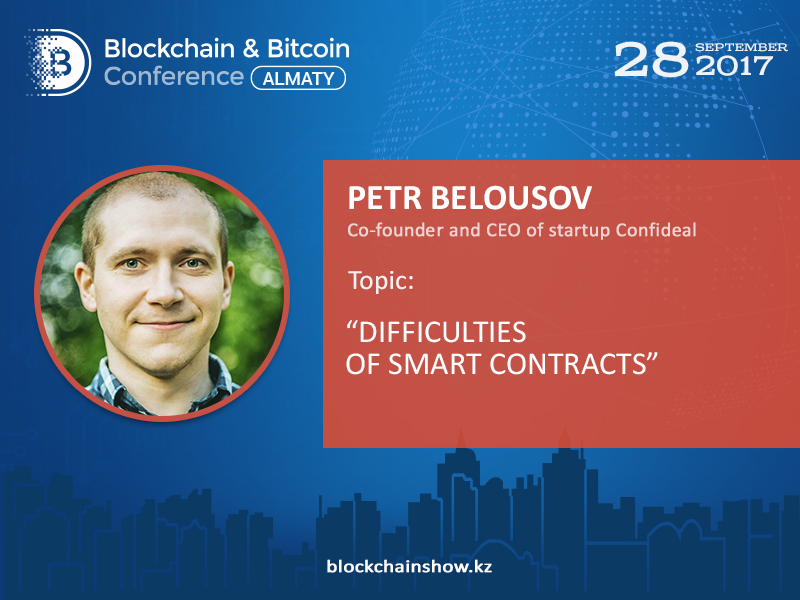 Petr Belousov, the founder of Confideal blockchain project, will make a presentation dedicated to the key aspects of deals concluded using smart contracts, main risks, and prospects of the further development.

The speaker will reveal the following issues:

Petr Belousov is a specialist in the cooperation with external investors. He has been working for government institutions for a long time as well as holding negotiations with representatives of Chinese, Korean, and Indian businesses. While operating in this area, he has concluded that the cooperation among various projects and investors require technologies. Later on, Petr Belousov founded several startups and joined the blockchain sector in 2016.

Confideal project is a service designed for the establishment and management of Ethereum-based smart contracts. In 2016, the project won the hackathon in Moscow and became a part of the incubator of the Higher School of Economics, and then shifted to Enterprise Ireland’s accelerator in 2017. Currently, the team is preparing to move to Dublin and to the ICO launch.